2019 is drawing to a close and that means it’s time for the annual tradition of end-of-year wrap up lists. Most people in my neck of the internet woods would do a videogames of the year list, but I didn’t actually play a lot of games that came out this year. But what I did do was listen to a whole bunch of music. I probably listen to music more than I do any other hobbies, so I wanted to spotlight some of the stuff I’ve been listening to that came out this year. I’ve never written about music in this amount of detail before, so we’re all learning something today. Let’s get to the list! 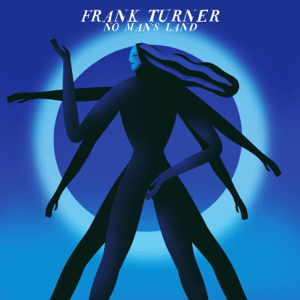 I was very excited for this album when the previews started coming out. I gleefully shared them with my friends, posted them on Twitter, the whole shebang. Frank Turner is good at a lot of things, but I would argue he’s best at telling stories through his music. And this was going to be a whole album full of stories about women from history. All the ingredients sounded absolutely stellar: my favorite artist of all time doing what he does best. So putting this at the bottom of the list hurts a little bit, to be honest. Don’t get me wrong, it’s still a good album. It wouldn’t be on this list if it wasn’t. The lyrics and storytelling were top-notch, but I found the instrumentation slightly lacking, personally. There were a lot of good songs on the album, but very few *exciting* songs. I only had a strong emotional reaction to two of the songs, those being Graveyard of the Outcast Dead and Eye of the Day. The whole album is definitely worth listening to, but I personally didn’t love it as much as I was expecting.

Speaking of subverting expectations, here’s an album I was definitely not expecting. For those who don’t know, The Dreadnoughts are a Canadian folk-punk band with some polka influences known for rich and loud instrumentation. So when they brought out an entire album of stripped down traditional sea shanties, I was kind of taken aback. There was usually one song like that on their previous albums, so it wasn’t exactly new ground for them, but a whole album of shanties was a pretty big experiment for them. And I can confidently say that the experiment was successful. The heartfelt and rousing lyrics combined with their powerful voices make this a wonderful album to listen to while doing some serious work. I may not always be in the mood for this kind of music but it really hits the spot when I am. The highlight of the album is Dear Old Stan, a musical tribute to the great Canadian folk singer Stan Rogers, followed by a cover of Rogers’ most famous song Northwest Passage.

If you know my taste in music at all, this should be a bit of a surprise for you. I lean a lot more towards the acoustic guitar with heavy lyrical emphasis. So an album of electronic, mostly instrumental, music is comically out of my wheelhouse. I’ve been a fan of Anamanaguchi since I heard their soundtrack to the Scott Pilgrim vs The World video game, and I absolutely adored Endless Fantasy. So when they released a new album for the first time in six years, I completely ate it up. [USA] is a lot more grounded in reality than Endless Fantasy was, with fewer fantastical soundscapes and more melancholic interludes and. Endless Fantasy was a massive party everyone was invited to. [USA] is the cleanup and self-reflection the next day. There’s some leftover excitement on tracks like On My Own and Sunset By Plane, but also some more downbeat and introspection from tracks like Tear and Speak To You [Memory Messengers].

Arguably the most well-known of the bands on this list, Bad Religion have been stalwarts of the punk rock scene since their formation in 1980. Their seventeenth album Age Of Unreason is far from a departure, but more of a reminder of their skill as songwriters and lyricists, creating an album that tackles big ideas of the current political climate. They’ve proven themselves time and time again to get better with age, as Age of Unreason is one of my favorites of their albums. Powerfully biting lyrics about American politics and social injustice combined with energetic instrumentations makes for a blast of energy that can stoke a righteous fire in the listener. My personal favorite songs on the album are My Sanity, Do The Paranoid Style, and End of History. It can be a stressful listen depending on how clued into modern politics you are, but Bad Religion have never shied away from challenging the people who listen to their music, so I would call this album a resounding success.

Lostfolk is a very personal album. It’s about losing your place in the world, being in the middle of extremes, and being thankful for what you do have in the face of increasing uncertainty. These are all themes I powerfully relate to, so this album really resonated with me. I’ve been a fan of Gaz Brookfield since I found his previous studio album, I Know My Place, on Bandcamp by pure chance. His gravelly voice, sense of humor, and story-like songwriting style all appeal to my tastes in a big way, so I knew basically immediately after I listened to Lostfolk that this album was going to top this list. From the political screed of Aged Revolt, to the uncertain anxiety of Pen To Paper, to celebrating the simple joys of going out drinking with a friend in Great Minds Drink Alike, I really feel like I got to know Gaz Brookfield as an artist and a person, as he let me into different parts of his life through his music. It’s this kind of introspective songwriting that I absolutely love, and it’s all backed up by some excellent acoustic guitar and folk instruments that kept me coming back time and time again.