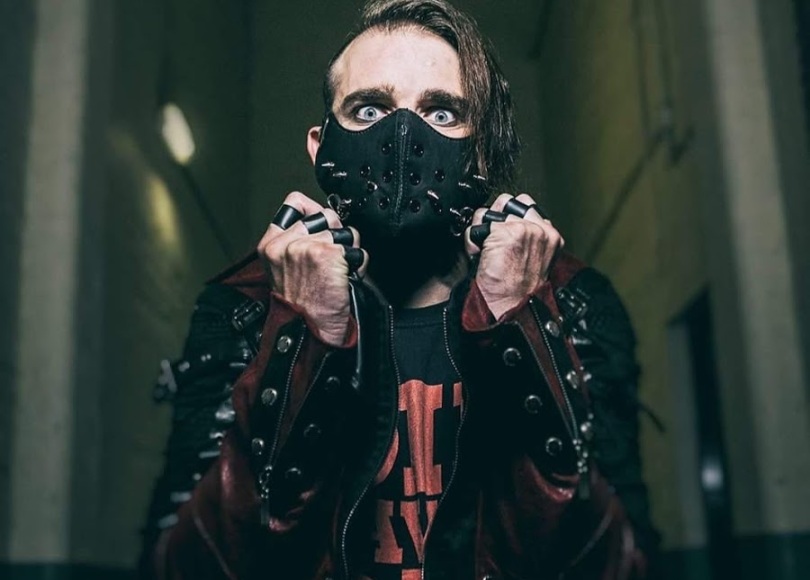 Update written on June 22nd, 2020: Recently, serious allegations of emotional manipulation and sexual abuse have been leveled at Jimmy Havoc and some of the people I mention in this article, and PROGRESS as a company has been accused of turning a blind eye toward that. I have not adjusted this article in any way but I feel it is important to acknowledge that Havoc, Ligero, and Scurll have all been accused of horrific things, which may hinder your enjoyment of these people’s work. It should also be noted that Will Ospreay has been accused of getting fellow pro wrestler Polyanna blacklisted from multiple wrestling companies. I believe the victims 100%.

Before we begin, I want to make sure I have my bases covered. This article will feature heavy spoilers for most of Jimmy Havoc’s PROGRESS career so if you haven’t seen it yet but still want to, this article might not be for you. Also: Jimmy Havoc is a prolific hardcore wrestler. I’ll keep descriptions to a minimum but he does some nasty stuff and he’s been in some violent and even bloody matches so if you can’t handle stuff like that, this might also not be for you, and you definitely shouldn’t watch the embedded videos.

In August of 2018 I subscribed to PROGRESS Wrestling’s video-on-demand service. I had been hearing from a friend how good it was and I wanted to check it out. Once they finally got around to uploading their tour of Australia that I really wanted to watch, I signed up and did what I assume most people do when they subscribe to PROGRESS: start from the beginning. The first couple of shows are pretty rough watching, not going to lie. The wrestling quality is high, but the production would improve significantly in the coming years. Story-wise you saw the establishment of some of their earliest stars: Zack Sabre Jr., Marty Scurll, El Ligero, Nathan Cruz, Rampage Brown, and Noam Dar. But there was one man, who debuted all the way back at the second show, that intrigued me the most. That man’s name is Jimmy Havoc.

Jimmy Havoc would go on to lose his first six matches with the company while slowly getting over with the crowd as a sympathetic babyface, including getting an endorsement from British wrestling legend Nigel McGuinness after losing a match against Zack Sabre Jr. He saw PROGRESS as a fresh start for his career and a chance to get away from his reputation as a deathmatch wrestler and show his props as a technical wrestler. At Chapter 9, his frustration at his inability to pick up a win and PROGRESS management repeatedly booking him in hardcore matches came to a head as the unthinkable happens. After a six-man tag team match, The London Riots hit the ring and live up to their name by wreaking havoc on everyone they can get their hands on. Jimmy Havoc runs in with his now iconic pink steel chair to seemingly make the save, but instead something happened that nobody expected: Havoc attacks the owner of the company and ring announcer Jim Smallman!

It didn’t stop there. At the next show, Jimmy Havoc took advantage of an open contract he had been given by Smallman to challenge newly-crowned PROGRESS champion Mark Andrews to a title match. Andrews has already wrestled twice tonight; once against Paul Robinson to earn his shot and once against Rampage Brown to win the title; and he had been attacked by The London Riots after he won the title and received a number of chair shots to the back from Jimmy Havoc, so he’s lying on the mat motionless. Smallman initially refuses, even going so far as to say Havoc can take him to any court in the land for breaching the contract, but Havoc produces a bottle of lighter fluid and starts spraying it on Andrews, so Smallman changes his mind. One more thing: Smallman has to count the pinfall. Again, Smallman refuses, saying that there is already a referee in the ring. Jimmy picks referee Chris Roberts up on his shoulders and lays him out with a Death Valley Driver. Smallman reluctantly gets into the ring and counts the pinfall, but Andrews kicks out! More chair shots to Andrews’ back and another Go Home Driver from Havoc. Smallman counts as slowly as he can, pleading to Andrews to kick out, but as soon as his hand hits the mat for the third time, it’s all over. Jimmy Havoc is the new PROGRESS champion.

This would begin a 600+ day-long reign of terror with the championship that saw Jimmy Havoc essentially hold the title, the company, and Jim Smallman hostage while he fought off everyone Smallman threw at him to try get the title back. El Ligero, Rampage Brown, Marty Scurll, Zack Sabre Jr, Mark Andrews, Noam Dar, Dave Mastiff, Paul Robinson, Will Ospreay, and even Prince Devitt (now known as Finn Bálor in WWE) all stepped up to the plate but nobody could take down Havoc. Through the use of his Regression stable, his skill in violence, and his prowess as a technical wrestler Havoc would keep hold of the title until Chapter 20, where Will Ospreay finally got his hands on him in a one-on-one hardcore match for the PROGRESS Championship. I don’t typically like hardcore matches, but not only was this one of my favorite hardcore matches; it might actually be one of my favorite matches of all time. Everything worked here: Ospreay’s determination to finally win the big one and Havoc’s desperation to hold onto what he took by force so long ago meant both performers went all out. And it was all backed up by a dramatic and well-told story. Even if you now know everything that happens from reading this, it’s still worth going back and watching all of it because it’s an excellent example of wrestling storytelling.

I went through this whole storyline because I needed you to have context. Jimmy Havoc’s sudden and bloody ascent to the PROGRESS Championship was a shocking moment not just in the company’s history but I would argue in the history of the business. The feud between Smallman and Havoc was deeply personal, and Havoc’s promos and actions made him feel like the most dangerous man in wrestling. The heel turn and subsequent title reign of Jimmy Havoc is one of the best storylines I’ve ever seen in my five years of watching wrestling. It was moments like those where wrestling was truly magical. I could suspend my disbelief enough to completely buy into his character. He put in a career-defining performance as the most violent, dangerous, and evil character in wrestling.

I started writing this right after I recently watched the third show of 2019’s Super Strong Style 16, featuring Jimmy Havoc’s last match in PROGRESS before going overseas to All Elite Wrestling. His last match would of course be a deathmatch against his old friend and rival Paul Robinson, who is arguably the second-most prolific deathmatch wrestler in PROGRESS. As I started watching this match I came to a realization: I wasn’t having a good time. As I said before, I’m not the biggest fan of hardcore matches, and Jimmy Havoc’s hardcore matches were especially brutal. This one was no exception, and I ended up skipping to the end. Havoc lost, as is tradition when someone is leaving a wrestling company. As he stood in the middle of the ring, surrounded by the debris of the match and covered in his own blood, he was shown a highlight reel of his PROGRESS career, cut a heartfelt promo, and shared a moment with Jim Smallman.

It was a really bittersweet moment. On the one hand, Jimmy Havoc is arguably the biggest success story of PROGRESS’ entire run. His storyline with the championship was one of the best in all of wrestling, and he’s such a unique character that I was going to miss his presence in the company. On the other hand, he’s accomplished basically everything the company had for him. He had a singles run at the top for 18 months straight, a good feud and tag team with Mark Haskins, a lot of matches with high-profile opponents, and a lovely sendoff from the company that helped build him into a main event-level talent. But I rarely enjoyed his actual matches because they were too violent for my tastes, so not having to skip through as many parts of PROGRESS shows would be nice.

When I first heard that Havoc had been signed by All Elite Wrestling, I honestly wasn’t surprised. Despite his moment in the spotlight having arguably ended years ago, he was still an in-demand talent capable of great things. He had also been a featured performer on Major League Wrestling shows. I haven’t been watching AEW Dynamite but I don’t get the impression that they’re really using him all that much. Most of what I’ve heard from him is random tag matches and a lot of appearances on AEW Dark, which is their free YouTube show where they air the pre-Dynamite dark matches that don’t make it onto the main show. There was his one pay-per-view appearance in the (sigh) Cracker Barrel Clash where he faced Joey Janela and Darby Allin in a hardcore match sponsored by Cracker Barrel. I’m a little saddened by it to be honest. AEW is doing some excellent things with their storylines but a performer as diverse and skilled as Jimmy Havoc is durdling around in the midcard with no real direction. Maybe they’ll do something with him after this whole pandemic business is finally over.

So let’s go back to PROGRESS Chapter 88. The final night of a three-day tournament and the final PROGRESS match of Jimmy Havoc (yes I am aware he came back for Chapter 100 but that was a one-off). He stood there in the middle of the historic Alexandra Palace venue, blood still dripping down his face from his match, cheered on by the 1500 fans in attendance. I felt something then that you can only really get from wrestling. I thought back to his 7 years with the company and everything that he’s achieved there. He’s a big reason PROGRESS is as successful as it is today, and he is a prime example of how wrestling fans can love and appreciate long-term slow-building storylines. In many ways, he made me appreciate independent wrestling beyond the big spots and high-flying moves. I may not have liked a lot of his matches, but his unique talent as a character and ability to truly make a storyline feel real are second to none. So thank you, Jimmy Havoc, for showing me how magical professional wrestling can truly be.